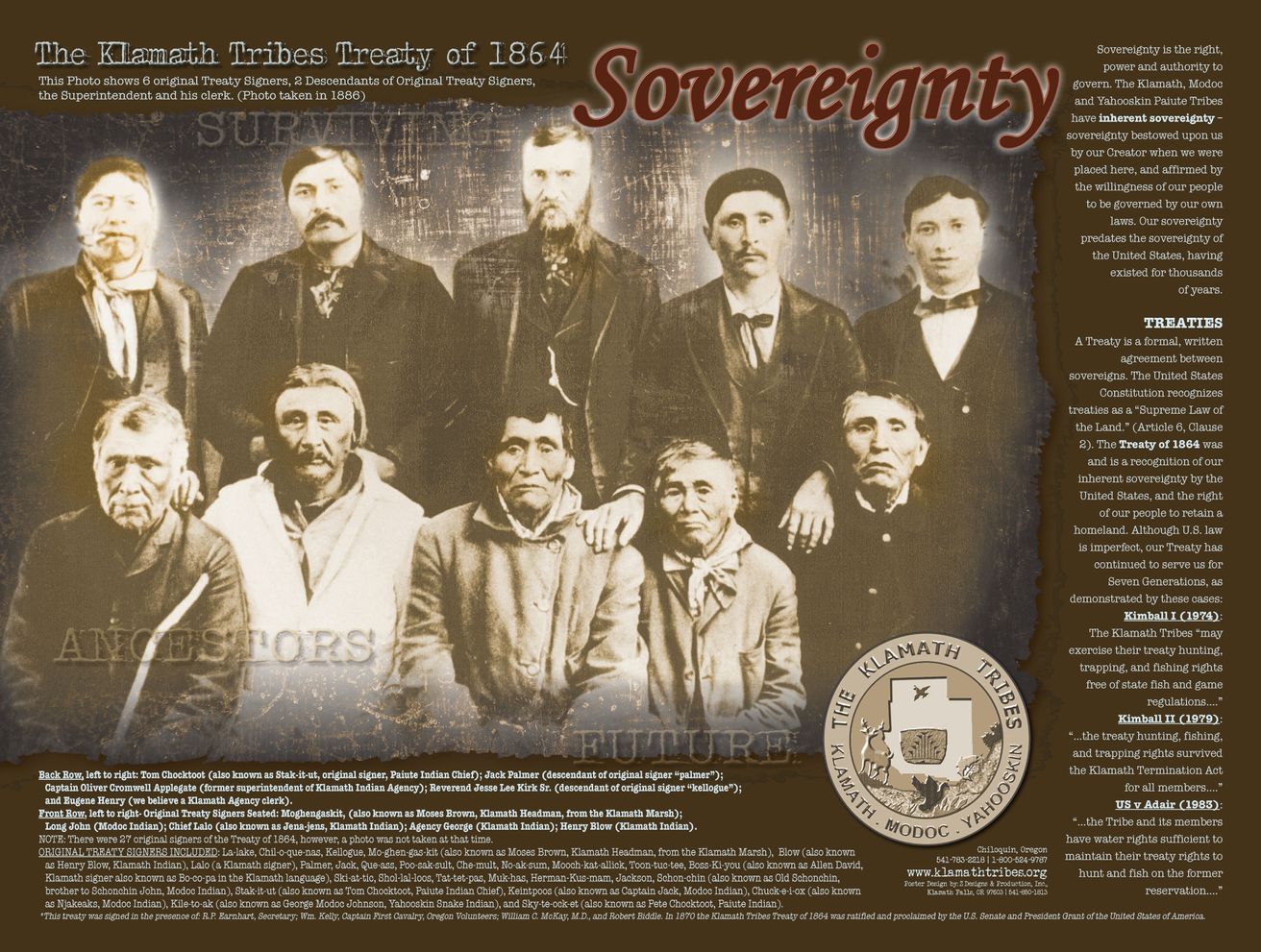 Sovereignty is the right, power and authority to govern. The Klamath, Modoc and Yahooskin Paiute Tribes have inherent sovereignty – sovereignty bestowed upon us by our Creator when we were placed here, and affirmed by the willingness of our people to be governed by our own laws. Our sovereignty predates the sovereignty of the United States, having existed for thousands of years.
NOTE: There were 27 original signers of the Treaty of 1864, however, a photo was not taken at that time.

*This treaty was signed in the presence of: R.P. Earnhart, Secretary; Wm. Kelly, Captain First Cavalry, Oregon Volunteers; William C. McKay, M.D., and Robert Biddle. In 1870 the Klamath Tribes Treaty of 1864 was ratified and proclaimed by the U.S. Senate and President Grant of the United States of America.