I thought that before we move on to another topic, it would be a good idea to have a review of what we know  or can do with these adjectives.

We can make nouns of them.

losloslis loloksam mo dic gi. The warmth of a fire is very good!

We can make the adjective into a verb.

3. We can use the adverb kecca with the adjective

ni kecca loslosli gi. I am a little bit warm.

4. We can use the adverb kecca with the verb lostgi.

5. we can use adjective with shuta to mean: made warm.

ni loslosli shuta.  I was made warm.

There are a couple more ways to use these words but this is enough for now.

Today we will give those people who are practicing “Reclaiming Your Language” some added structures to use in their daily practice. We […] 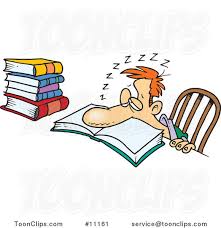 dic mbosant nanokens! Good morning everyone! gen waytas ndanniks gi. Today is Wednesday. Recently someone asked me what the verb for dozes […]

Today we are going to have another quick phrase. The phrase is: dwa nepka. What’s happening?